The Department of the Interior is moving forward with a new proposal aimed at increasing the agency’s transparency, but critics allege that it is another attempt by the Trump administration to limit environmental regulations.

The controversial “Promoting Open Science” policy, recently highlighted by The Hill, was first put forth in an Order in late 2018, and mimics a similar effort at the EPA. If implemented, the rule would prohibit the agency from considering scientific studies that do not make all of their underlying data public. According to Interior spokesman, Connor Swanson, “the proposed rule will ensure the department bases its decisions on the best available science and provides the American people with enough information to thoughtfully and substantively evaluate the data, methodology and analysis used by the Department to inform its decisions.”

Critics, however, doubt that the proposal is really about transparency, and warn that it could have broad implications for the agency’s work. While the exact text of the Interior rule is not yet public, the EPA equivalent has received over 600,000 comments from the public, most of them negative.

Andrew Rosenberg with the Union of Concerned Scientists commented that this move represents the agency caving to polluting industries, “it doesn’t do anything to increase transparency. It’s designed to restrict the science the agency can use.”

Currently, the Department of the Interior relies on a wide scope of scientific studies to inform its decisions; companies seeking permits on public lands have to comply with water and air quality standards, and any endangered species must be considered. Were this rule to be implemented, the agency would be prohibited from considering even the most landmark study unless the authors make their analyses, methods, and raw data publicly available. The requirement for raw data is particularly restrictive, as it presents some privacy concerns; studies that include personal health data or confidential business data could not be considered under this rule. Typically, when reviewing a study, the raw data offers little meaning and is not necessary to evaluate the quality of the results.

Rosenberg added that there is no widespread public call to review the underlying data of scientific studies, and noted, “over my career, I’ve reviewed hundreds of studies and papers. You don't review the raw data, you review the basic methods and statistics and results and see if the results support any conclusions that were drawn.”

Furthermore, when Interior decisions and rules are challenged in court, the strongest defense is to point to the scientific studies that support the agency’s actions. Steve Ellis, who worked at the agency until 2016 noted, “when you’re in court, science is what prevails…if your decisions are science-based they have a much better chance of holding up under scrutiny.”

The proposed rule, therefore, would both weaken the agency’s ability to make science-based decisions and its ability to defend those decisions in the case of a legal challenge.

This would not be the first time that a supposed call for transparency has been used as a tactic to delay and restrict rulemaking on a particular topic and cast doubt on scientific findings. In the 1990’s, tobacco companies sought to review the underlying data from studies linking smoking to lung cancer in order to guarantee the “soundness” of the research governing the policies affecting their bottom lines. It has since been revealed that the tobacco companies’ true motives had nothing to do with transparency, but to cast doubt on science and “create controversy regarding evidence that environmental toxins cause disease.”

Should the Department of the Interior follow through with the proposed rule could destabilize its work across several areas—endangered species, offshore drilling, American Indian relations and geology—and could take years to roll back.

A signed Order is the first step in official rulemaking. The exact text of the proposed rule is yet to be posted for public comment. To post a public comment on potential department and agency rules, see the Union of Concerned Scientists’ public comment guide.

Photo by Vlad Tchompalov on Unsplash 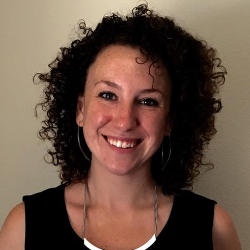 Jen Healy is a public policy professional based out of Boston, Massachusetts with a passion for protecting wildlife and wild places. She...
More Posts by Jen Healy