Death Comes for the Monarch; an American Tragedy

On a clear day in September 2014, a large cloud sailed above St. Louis, Missouri. The radar showed a butterfly-shaped formation, morphing as it moved. The meteorologists assessment of the radar combined with local sightings, confirmed that this anomaly was a swarm of monarch butterflies making their way to Mexico. The world rejoiced. Perhaps this meant the monarch was making a comeback after a decade of breakneck decline. Perhaps, even though we had not made a concerted effort to halt their extirpation, something had shifted globally. Or perhaps this cloud, making its way to Mexico through unimagined elements, was one of the last great swarms of monarch butterflies left on earth.

As a kid, living that free 1980’s kid life, I’d lounge around in my climbing tree with my ALF doll, observing the clouds as they changed shapes and moved like cottony ships across the sky. I’d create cumulus cartoon bubbles above my head and watch the orangey acrobats swoop in and out, creating a joint-dialogue, a language only they and I could understand. A language that would stay with me my entire life.

These bright orange creatures bobbed through the Ozark air like my imaginary fairy friends who lived in a hollowed-out oak in the backyard. Monarch butterflies were woven like a thread into the tawny quilt of summer. Sometimes one would land on me, a sacred event. Standing stock-still, I’d hold my breath while the antennae’d spright prodded softly for sweat on my hand. A particularly brave one lasted until I lifted her to my cheek so I could feel her soft scales, warm with sunlight and magic. When she finally flew away, I sent my blessing, like children do, and hoped that we would meet again. At times, I’d discover the monarchs after their brightly burning bulb-of-a-life had distinguished and they lay prostrate on the grass like wayward angels. Gravely, I’d pick them up and holding them gingerly, marvel at their radiant colors. I would imagine their journey. Places I wanted to go, into pine forests and sailing above mountains. Through rainstorms and snowstorms and wind and sun. Their wings crumbled in my hands and yet hidden within the fragile wing-folds was a formidable strength. The fall generation, would make a sky-trek of 2,500 miles, alternately riding thermal updrafts and bravely flapping their wings, all the way back to Mexico. At their destination they would land noiselessly on fir trees and quietly sleep away the winter, huddled close to all the other orange angels.

The monarch butterfly is one of the most recognizable butterflies in North America- with it’s definitive orange and black markings. They are the insect version of the bald eagle, woven into our diverse North American cultural tapestry and history. In Christianity, the butterfly symbolizes rebirth. In Mexico, the monarchs arrive during the celebration of La Dia De Los Muertos (the Day of the Dead) and they symbolize the ancestors’ souls returning to Earth.

Monarch populations are counted at their overwintering site in Mexico where they cluster on oyamel fir trees. In the Mid-1990’s they covered 21 hectares. By 2014 their numbers had dropped so precipitously that they covered a mere 1 hectare. This year, the Center of Biological Diversity reports that that number is up to 6 hectares , an improvement indeed, but one to be wary of as 6 hectares is the minimum threshold of hectares that scientists believe the eastern monarch must reach and sustain to significantly reduce the risk of extinction. But what had changed, what was the culprit of this collapse?

The Journal of Animal Ecology published a study in June of 2014 asserting that the decline in monarch butterfly populations was due to the reduction of the monarch’s foodsource. In the larval stage (aka: big yellow, black, and white caterpillar stage), the monarch depends completely on milkweed. Unfortunately, many farmers and homeowners consider milkweed to be, well, a weed. Thus the plant is routinely destroyed. Large monocultures of genetically engineered crops which are bred to resist herbicide, are sprayed with glyphosate (Round-up) which effectively kills all the “weeds” in the vicinity including milkweed and leaves the crops untouched. When the monarchs reproduce and there is no milkweed, there is no food source for the larvae, which means the monarchs are unable to complete their reproductive cycle and die without having fulfilled their biological destiny. Round-up is so effective that in some areas, stands of milkweed have been reduced by ninety percent.

But there’s a bit of good news. Citizens are planting milkweed and other native flowering plants that monarch butterflies can use as food sources as adults. No doubt, this effort is a large part of the recent rebound in monarch numbers.

But that isn’t enough.

We must have an administration who will not gut the Endangered Species act, but will instead bolster it and add the monarch butterfly to the endangered species list, in 2014. The monarch not only pollinates our food but it is an indicator species, representative of our larger ecological health.

Allowing the monarch butterfly to be extirpated is foolhardy, as our native pollinator’s future is inextricably woven into our own (I like to eat and I bet you do too!); but I submit to you that it is also an affront to what makes us American. Would we allow the original manuscript of “To Kill a Mockingbird” burn or stand by, apathetic, while an original Georgia O’keefe painting is ripped to shreds?

We must demand that our leaders step up and muster the courage to protect the monarch by supporting the Endangered Species Act. If our grandchildren observe the monarch butterfly in history books, alone; if they are only able to caress the page and imagine what the soft orange scales felt like against their cheek, what then? How will we answer when they ask us why we didn’t save the monarch when we had the chance? That, my friends, is a burden we should refuse to bear. 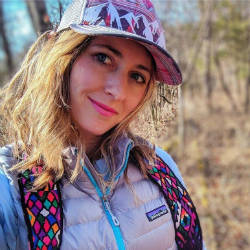 Jennifer Conner is an award-winning writer and photographer who lives in the Ozarks. She is the chairwoman of the Missouri Sierra Club which...
More Posts by Jennifer Conner